February doesn’t just mean spending too much money on Valentines Day or Super Bowl parties. February also marks the annual return of the NASCAR Cup Series, with their most important and prestigious event of the year: “The Daytona 500.” Often referred to as “The Great American Race” and the “Super Bowl of Stock Car Racing”, it is annually the most viewed race on TV in the United States and highest attended NASCAR race. All of this is great, but that begs the question “what does The Daytona 500 have to do with Mr. LongArm?” Well, to put it bluntly, many nascar pit crew tool boxes include Mr. LongArm products. Our extension poles will be everywhere on pit row Sunday helping crews and drivers in a myriad of ways. In honor of the Daytona 500 and racing season being back, let’s take a quick look at some of the uses and poles that one might expect to see. 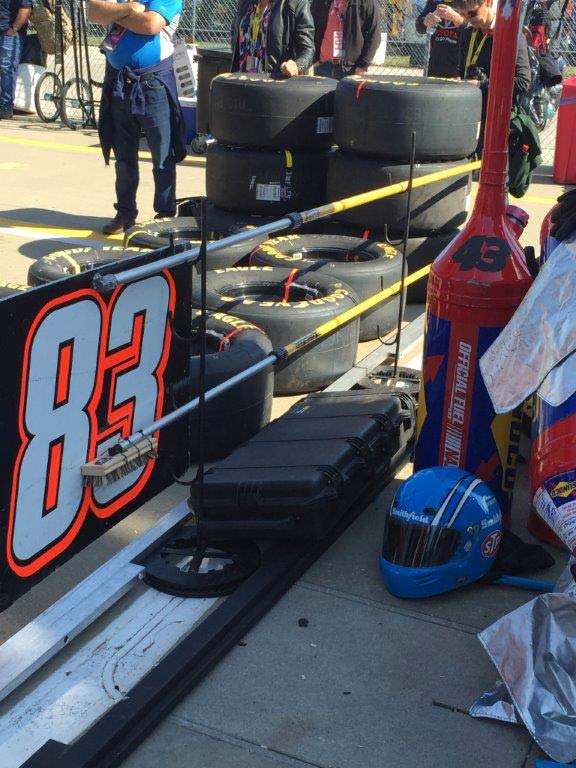 First things first, before making pit stops drivers must find their slot on pit road. The drivers must locate their small spot of around 24 to 25 feet long and 8 or 9 feet wide while deaccelerating from speeds of up to 200 miles per hour. To help the drivers locate their pit stop amongst the 42 others, the pit crews will utilize extension poles with driver numbers and names attached on the end that pit crew members will hold out over the spot and remove once the car pulls in. This requires a lightweight, yet sturdy pole like the Mr. LongArm Pro Pole that can hold the sign, but also be pulled up quickly. Another pole that will be seen around the pits with signs attached is the Super Tab Lok. The Super Tab Lok is a sturdy, reliable, and efficient favorite of professional painters which makes also makes it a natural fit along Pit Road. 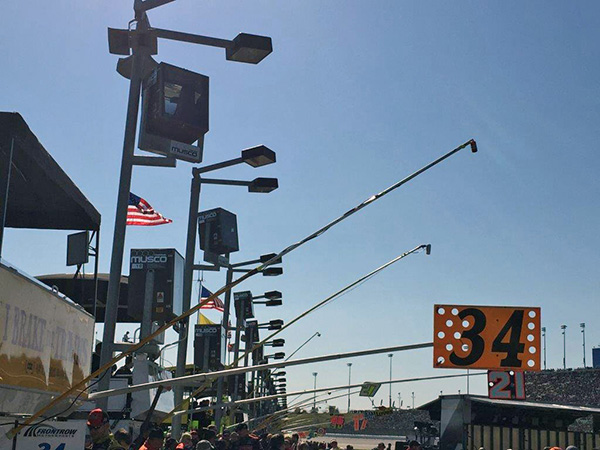 NASCAR only allows five crew members over the wall during each stop and every member has their hands full trying to change the tires and refuel the vehicle in under 16 seconds (max length of most NASCAR pit stops). Every other task is handled by extension poles reaching over the wall. Some of these other tasks include cleaning the car’s windows and mirrors, giving the driver water or a sports drink, and removing any debris off the vehicle to help it function as efficiently as possible. A racing fan will likely see Mr. LongArm’s Pro Lok Two and Three Section poles as well as the lighter Pro Pole line handling these different tasks.

While the vehicles and technology involved in NASCAR races are advanced, it is the simple telescoping aluminum extension pole that plays a key role in the quest for a Daytona 500 championship. It is always a pleasure to see our products being used by the best of the best during race season. With that being said, we hope you will experience similar championship results while using our extension poles. Enjoy the race and keep an eye out for Mr. LongArm when you tune in this weekend.